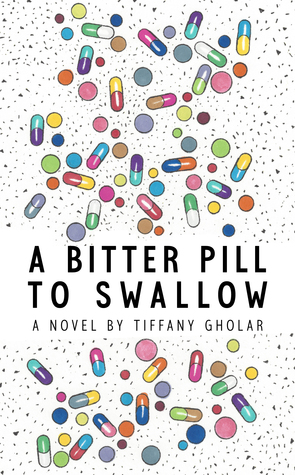 On the edge of the Chicago medical district, the Harrison School for Exceptional Youth looks like a castle in a snow globe. Janina has been there since she was ten years old, and now she’s fourteen. She feels so safe inside its walls that she’s afraid to leave.

Devante’s parents bring him there after a tragedy leaves him depressed and suicidal. Even though he’s in a different place, he can’t escape the memories that come flooding back when he least expects them.

Dr. Gail Thomas comes to work there after quitting her medical residency. Frustrated and on the verge of giving up on her dreams, she sees becoming a counselor as her last chance to put her skills to the test.

When he founded the school, Dr. Lutkin designed its unique environment to be a place that would change the students’ lives. He works hard as the keeper of other people’s secrets, though he never shares any of his own.

But everything changes late in the winter of 1994 when these four characters’ lives intersect in unexpected ways. None of them will ever be the same.

Firstly a huge thank you to the author Tiffany Gholar for providing me with a free copy of this book in exchange for an honest review. Thank you!

A Bitter Pill to Swallow is a book that brings together four very different characters. The premise of this book was intriguing and was one of the reasons I wanted to read it. Books about mental illness are important and something I want to read more of. This was actually the first novel that I’ve read that revolved around mental health.

There are many things this book does well:

A diverse set of characters with diverse issues. Tiffany Gholar did a great job including racial diversity in the book. And not only that but I liked seeing all the different types of mental health issues that were represented. The book explored depression, PTSD, OCD and Schizophrenia among others and how deeply they can affect and disrupt kids.

Character relationships. A Bitter Pill to Swallow is ultimately also a book about connection and all the different ways humans can change other humans. The four main characters help each other grow and mature and are each other’s support system. It shows how one person’s actions towards another can have some profound effects in their lives.

If you’re someone who wants to start reading more YA contemporary about mental health issues, I think A Bitter Pill to Swallow would be a nice introductory novel into this trope.

That said, I did not love this book. If I were to only rate the first half of the book, I would’ve given a one star rating. The story started off slow, I felt no real connection to any of the four main characters, and I’m just SUPER picky when it comes to writing style. I need a perfect balance of description, world building and character development and I felt like I wasn’t getting enough of any of those.

BUT the second half of the book surprised me and some parts I thoroughly enjoyed. The plot picked up and I felt like I understood the characters more. The writing bothered me less and less as I got more used to it.

Overall, it was a nice read but it wasn’t anything exceptional. I understood what the story was trying to do and the feelings it was trying to provoke, but I personally didn’t connect with the story enough to truly feel for the characters and their situation.

This is a world divided by blood – red or silver.

The Reds are commoners, ruled by a Silver elite in possession of god-like superpowers. And to Mare Barrow, a seventeen-year-old Red girl from the poverty-stricken Stilts, it seems like nothing will ever change.

That is, until she finds herself working in the Silver Palace. Here, surrounded by the people she hates the most, Mare discovers that, despite her red blood, she possesses a deadly power of her own. One that threatens to destroy the balance of power.

Fearful of Mare’s potential, the Silvers hide her in plain view, declaring her a long-lost Silver princess, now engaged to a Silver prince. Despite knowing that one misstep would mean her death, Mare works silently to help the Red Guard, a militant resistance group, and bring down the Silver regime.
But this is a world of betrayal and lies, and Mare has entered a dangerous dance – Reds against Silvers, prince against prince, and Mare against her own heart …

“Words can lie. See beyond them.”

Like a lot of other people, I have very mixed feelings about this book. Standing alone, Red Queen isn’t a bad book, a pretty good one actually. But see, it doesn’t stand alone. Every new book I read, I automatically compare to every other book I have read because that’s how my mind judges books. And comparatively, this book seemed… unoriginal. Not because the plot wasn’t good but because so many books like this already exists. If you’ve read Pawn by Aimee Carter, Red Queen is basically that but with people with superpowers. Maybe mix a little of The Selection in there. It’s also being compared to Red Rising by Pierce Brown, which I haven’t read, but judging by the blurb it seems very similar to this book.

Red Queen combines a few popular tropes together. A Fantasy land with corrupt monarchs who don’t care about the lower classes. Lower class girl is somehow “special” and finds herself mingling with royalty and of-course falling in love with a guy from the upper class (in this case, the prince). And the inevitable rebellion in which, very conveniently, the girl becomes the face of.

Mare as a whole seemed bratty and selfish. The type of selfish who doesn’t realize she is selfish nonetheless. Characters like Katniss know they are selfish. Characters like Mare have no idea and then get upset at the world for not liking her.

She’s also rash when it comes to big decisions, which isn’t unlike a lot of YA main characters, but it’s her reactions that bothered me. She takes a huge risk and when all doesn’t go according to her plans, she’s all “*gasp* what have I done?!” (This is not a direct quotation). What in all of HADES did she expect?!

And don’t even get me started on the love triangle/square. I disliked all three guys. None of them are appealing and I felt no connection whatsoever. The only guy I felt a bit of sympathy for was Lucas (the security guard).

However, there are pros to the book. The description of the world was well done. You could clearly see the contrast between the lifestyles of the Reds and the Silvers. And I liked the end scenes. The ending is why I’ll continue this series.

Something that kept bothering me is the fact that Mare is supposed to be this powerful Red who makes electricity but she never had any inclination of it before. She can suddenly feel electricity buzzing wherever she goes but where was that sense when she lived in the Red village? She mentions once that she wasn’t around electricity much but that doesn’t mean she was completely without it. And since she had the ability to create electricity, wouldn’t that mean she could just create some? (I know she did that one time when the lights were off at her house but that was just once in what? Seventeen years?) Shouldn’t she have at least figured out she wasn’t completely normal? Just doesn’t make any sense.